Hyperledger Fabric – The Good, The Bad, and The Opportunity - XDEX Skip to content

Hyperledger Fabric – The Good, The Bad, and The Opportunity

Combining the free availability of the Hyperledger Framework and tools supporting with the backing of IBM, Hyperledger Fabric is an attractive alternative. However, like with any emerging technology, there is good and bad, and plenty of opportunity.

Hyperledger Fabric is one of the easier Blockchain frameworks to get up to speed on the general development concepts of a distributed ledger. The Hyperledger Compose tool provides a pseudo-NodeJS environment which is familiar to many programmers. The JavaScript-like syntax makes it easy to begin building applications. With composer there are five main concepts:

With Hyperledger Composer and Fabric, it is easy to quickly build and deploy a proof of concept. However, more advanced features like leveraging channels will be covered in the Bad.

One more benefit is that since Fabric is permissioned based you cannot just join the network utilizing it. It can only be done through Membership Service Provider (MSP), which is responsible for issuing and validating the certificates, and authorizing users. If a user loses his account, admin can attach the account on the chain to new wallet that is created. This gives the level of user control required on Enterprise systems.

Finally, Hyperledger Fabric supports the creation of channels, which allows a Blockchain network to allow different organizations to exchange information over more private means. For example, a company may have separate channels for multiple competing suppliers. This allows a level of security and confidence above the ACL.

While Hyperledger Composer provides an easy way to stand up a proof of concept, the functionality exposed through Hyperledger Composer only allows the use of a single channel. Developing more sophisticated logic requires developing Chaincode, which is akin to Smart Contracts. Initially, Chaincode could only be written in GO, with NodeJS / Javascript support recently being added. However, the tutorials are still in GO so this can be a barrier to entry.

Hyperledger Fabric also has some challenges in its fundamental architecture. For example, the Channel functionality is an attractive feature as competitors do not want to sensitive information in a common data store and application security is not always reliable. However, Hyperledger’s Channel sets up point to point interaction between nodes owned by different organizations. A true blockchain replicates it’s data across all the nodes, improving the integrity and trustworthiness of the transactions and data on the chain.

Hyperledger Fabric’s “channel” method only shares the contract between two or more related parties. In this scenario, if one organization’s node goes down, other organization nodes can modify chain data, Then, the organization that is down has to accept the chain updates from the other organizations. (Think price collusion if multiple suppliers blocked access to their customer to fix prices.)  This reduces the reliability to be the equivalent of much more affordable and well know solution using current database technology tied together with Standard APIs and encryption.

Another significant problem with Hyperledger Fabric’s architecture is the support of crash fault-tolerance (CFT) but not full byzantine fault-tolerance (BFT). CFT provides protection against a single node’s failure from disrupting the chain. So, if a node server goes down, the total system keeps on running. However, CFT does not protect the chain from tampering. BFT implements a mechanism to identify compromised nodes, removing the node from operation.

Without BFT, Hyperledger Fabric lacks the ability to guarantee the validity of the Blockchain.

The Peer nodes are split into two with one maintaining  the ledger and a special endorser which executes the transactions. To take further advantage of Hyperledger Fabrics functionality, you must also add Leader peer and Anchor peer into the mix.

Fabric boasts about reducing the network latency and execution of transaction by moving away from order-execute to execute-order method of committing transaction. This concept is adapted due to issues with Proof-Of-Work (POW) where high computing power is requisite. At the same time instead of having majority of endorsers individually agree on a transaction, Fabric commits transaction after one validation. This deviates from true consensus of what a blockchain is.

Normalize development between Hyperledger Composer and Chaincode, with more documentation focused on NodeJS. As of now most examples are in GO which leads to belief that other languages are not as robust or supported. Hyperledger Composer is more suited for POC than exporting the code for testing and production.

Fabric states that they are in currently in works of developing and integrating BFT, it will be a while before it is ready for production use. For now it can be implemented by adding a module with BFT for consensus, it would still require a lot of work on developing and implementing it.

Reduce number of nodes to be maintained to be max at three. The more types of nodes an organization maintains higher maintenance cost, the chances of failure and possibility of getting hacked also increase relatively.

Improve Channels by preventing chains from progressing when all organizations are not participating so integrity is maintained. Multiple Channels lead to multiple ledgers which can cause issue with data consolidation and secure maintenance. This again deviates from true concept of blockchain and Distributed Ledger.

Hyperledger Fabric use with Hyperledger Composer is a great tool to understand basic data integrity and isolate concepts that Enterprise need to maintain to stay true with Compliance and Info-Sec ruleset. Hyperledger Composer helps create a POC for permissioned based chains using Assets, Participants, Transactions, Events and Access Control Lists. It also helps understand the true near cost of setting up and maintaining chain systems.

The lack of BFT in a single channel implementation cannot protect against intentional or error-based corruption.

Furthermore, multi-channel scenarios introduced additional opportunities for the information stored by Hyperledger Fabric to be manipulated.

Therefore, Hyperledger Fabric should not be used for production applications until these issues are addressed.

Here are a few resources that may be useful for further research on the topic: 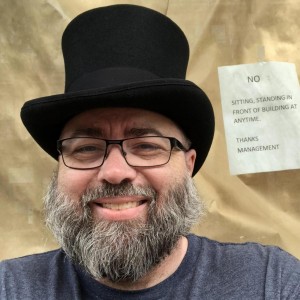 John is 10XS Co-Founder and Chief Technology Officer. He is also known as the “Codewookie," recognizing the need for software professionals who can solve hard problems with navigating asteroid fields and being fired on by the Evil Empire.